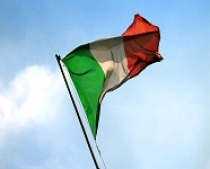 Trade and commerce between Italy and The United States are growing, and with that growth comes an increased need for Italian to English language translation. An absence of raw materials within the peninsula country has contributed to its nearly 100-year manufacturing lag, but now, thanks in large part to trade with the west coast of The United States, Italy is catching up with the rest of Europe.

Today, the Italian language’s Tuscan dialect is the official literary and media language of Italy. It is used in the fields of medicine, law, education, and commerce; however, it’s not the only form of Italian spoken there. In homes and village streets, in urban neighborhoods and in small businesses, highly divergent dialects are spoken.

All Italian dialects are rooted in Vulgar Latin, the language of the Roman Empire. After the fall of the empire, political division alienated regions of Italy from one another, resulting in the evolution of Vulgar Latin in a number of different Italian language directions. When Italy was finally reunified, it became evident that the tongues were not only dissimilar, but that each one was virtually unintelligible to speakers of the others.

Two major dialect groups exist on the Italian peninsula today. In the north, one can find the Settentrionale dialects, including Milanese, and Venetian; in the south, one will find the Centro-Meridionale dialects, including Florentine, Romanesco, and Napoletano. Differences include the inclusion of certain vowels, the doubling of consonants, the masculinizing of articles, pronunciation, consonant substitutions, and more.

Because such a wide range of dialects subsists beneath the official Italian language of Italy, official documents may be colored by the dialect of the region in which they have been drafted. The Italian to English language translators employed by Network Languages are experienced enough to recognize these variances and to then accurately translate any type of software, contract, advertisement, literature, scientific articles, project plans, correspondence, etc. into American English.

The Italian language isn’t limited to the country of Italy. Residents of Switzerland, The United Kingdom, Malta, Eritrea, San Marino, Chile, Australia, The United States of America, Chile, Brazil, Argentina, and Canada also speak Italian – and find themselves surrounded by, and doing business with, English-speaking people.