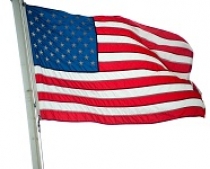 America is connected to the world in a number of ways, and from any overseas connection can arise the need for a knowledgeable American language translator. For this reason, Network Languages employs a large number of American translation specialists.

There’s barely a niche in Canada or The United States that doesn’t stretch into foreign-speaking lands. Finance, Law, Government, Manufacturing, Medicine, Art, Trade, Literature, Media, and Religion all have long arms that cannot be contained by miles or oceans. When American translation – from English to any language or from any language to English – is necessary for fluid communications or for creating solid contracts and other documents, Network Languages is here to fill those needs with experienced mother-tongue American language translators, professional and practiced proofreaders, and veteran project managers who are qualified to oversee all processes.

Our database of more than 12,000 language translators includes American translation professionals in every city of The United States and in every Canadian province. This means that every American language translator understands the unique colloquialisms and dialects of the source language; however, we ensure that their expertise doesn’t stop there. In order for an American translation expert to be considered for any project, he or she also needs to demonstrate a thorough and practiced understanding of the target language – including dialect and culture considerations.

There are number of reasons why Network Languages never recommends hiring an overseas language translator (who specializes only in their native language) to translate documents from American English to their language. An important one is the vast vernacular divergences that exist among the regions in The United States. Every region, from the New England states, to the Florida panhandle, to the Cajun-heavy South, to the Mexican-infused Southwest, to the Great Lakes region, to the western frontier…has its own set of idioms, word arrangements, and words – often referred to as “slanguage.” In Canada, a heavy French influence still exists; some regions speak English, others speak French, and yet others speak a combination of the two.

In a perfect world, casual regional language would not find its way into official documents, contracts, and other important communications; however, they do…and when they do, they can pose unique problems for non-American language translators. Often, those problems are not obvious enough to be addressed with research; instead, phrases are taken literally and translation mistakes result in the finished product. Misunderstandings, damaged reputations, and unintentional insults are just a few possible consequences.

North America is the “new world.” This means that many parts of the native language and culture have been derived from the cultures of the societies that settled into particular regions of the continent. Add this understanding to the distinctly American way, and anyone can understand how a non-American language translator might have difficulty enacting a quality, error-free translation.

Finding yourself in need of American translation by an American language translator, or translation to or from any language for that matter? Contact Network Languages at (+44) 1344 870700 or email your inquiries to us.