Medical Translation in Many Languages 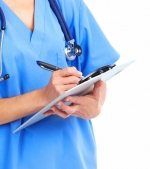 Who deserves accurate medical translation? Who deserves to receive accurate medical documents? And how about pharmaceutical pamphlets and instructions? Of course, the Network Languages answer is “everyone,” and this concept has never been more applicable in the UK, where the population is more multi-cultural and multi-lingual than ever.

During the last 10 years, according to the ONS, the UK’s populace has grown by 3.1 million. They say that the current total population is 56.1 million, and of them, 7.5 million are not culturally British (consisting of 5 million who have immigrated from outside Europe). It is also estimated that 2 million illegal immigrants – all of which may need medical attention or pharmaceutical products at some point – live within the UK. In London, currently classified as the most diverse city in the world, 40% of residents have “ethnic” roots. There are an estimated 50 ethnic groups living in London, including Irish, Greek, Jamaican, Caribbean, Nigerian, Ghanaian, Turkish, Indian, Pakistani, Bangladeshi, and Chinese. That means there’s a great need for medical documents to be translated from English to other languages.

Medical translations are unique because they not only require knowledge of the source and target languages, medical translators with in-depth knowledge of medical practices, procedures, and terminologies are also necessary. Medical equipment manufacturers generally produce documents in English, German, or French – because these languages are the most commonly used in the medical field; however, the need for translation between manufacturers and medical professionals is growing. Therefore, medical equipment companies are finding that in order to market their products, medical language translation is often required.

Network Languages are quite familiar with the multi-cultural atmosphere in the UK. They also understand that correct and comprehendible medical communications are not a luxury, but a necessity, in the UK – no matter the language of the care or product recipient.

Medical language translation by a professional medical translator is necessary for the administration of proper care and for the avoidance of litigation. Contact Network Languages at (+44) 1344 870700 or send us an email to learn more about our medical translation.