The Value in Language Translation 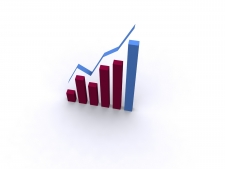 No matter if you’ve been in business for one month or fifty years, you’ve likely discovered the difference between going cheap and securing a great value – and everything you’ve learnt applies to language translation, too.

Allow us to explain.

In 2013, Network Languages predicts that it will be more difficult than ever for businesses and individuals to acquire language translation services that are both trustworthy and professional. Why? Because the world is swiftly moving toward the notion that fast is better…and free or cheap is even better than that.

But if you’ve learnt that lesson we mentioned earlier, you are wise enough to understand that this isn’t always true.

Whilst searching for language translation services, you’re bound to run across services that aren’t services at all. They’re online dictionaries and mechanical translators that have no mother tongue experience, that have no sensitivity for culture or dialect, that have no knowledge of the industry in which you’re working…in fact, chances are they’re not even human.

Of course, Network Languages recommend that you procure the services of a real, live, native-speaking translator because that’s who we employ, but even more than that, we recommend it because we have seen the havoc wreaked by inadequate and substandard services. We’ve heard about it too many times: clients come to us hoping that we can repair the damage that has been caused by mechanical or otherwise haphazard language translators.

Here are just a few examples of what can go wrong:

The list of consequences that can arise from bad language translation is virtually limitless – and will continue to grow because we will never see the end of what bad translations can do.

As we settle into 2013, why not replace the New Year’s Resolution that didn’t work with a better one? Resolve to always look for solid value in professional language translation. Call (+44) 1344 870700 or email us to get started.