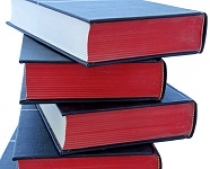 When a creative writer writes a piece in his or her native language, cultural considerations are taken, even if the writer is unaware of their integration. If metaphors are used, it is highly likely that the reader’s comprehension of those metaphors relies on the reader’s cultural understanding of the writer’s world. For instance, if a French writer writes, “The starving man’s arms were spiritless baguettes.” English-speaking countries’ food cultures may not provide the material necessary for readers to create a mental picture of an emaciated man with arms only five of six centimetres in diameter. A language translator not trained in the literary arts may describe the man as having arms “five or six centimetres in diameter,” but the power of the metaphor is lost. Its literary value withers.

An experienced and educated French to English language translator can take a piece of French literature and turn it into a piece of English (UK or American) literature without sacrificing impact. This is quite a feat, especially when ones considers the differences in contractions, conjugation, verb agreement, articles, prepositions, negation, liaisons, subjunctives, capitalisation, and gender considerations between the two languages. The difficulty is amplified when literary prose is poetic in nature – when the target language needs to mirror the ebb and flow of the source language.

At Network Languages, our language translators are not chosen for their fluency alone; they are selected based upon industry proficiency. Each one is screened and tested. Every language translation venture is overseen by a project manager. Every assignment is proofread and evaluated before delivery. Network Languages works to ensure that the final literary product delivers the same story-telling and emotional impact as the original. Call us on (+44) 1344 870700 or email your literary language translation enquiries to us. Let’s talk about how we can bring your story to the world.