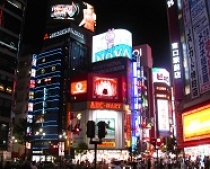 In today’s world, it can be reliably assumed that when a new technology in the automotive or electronics industry bubbles up, its origin can be traced to Japan. On a global basis, Japan spends more on research in the fields of science, technology, and electronics than any other nation – the equivalent of £80 billion annually. They are also world leaders in chemical science, robotics, metals, optics, and semi-conductors (including the retention of 7 of the top 20 semi-conductor sales companies). Japan is also home to more than 54% of the world’s industrial robots.

The development of nuclear energy is also a predominant factor in the forward-thinking Japanese technology culture – so much that Japan is third in the world in the creation of nuclear energy. 35% of Japan’s power is manufactured by its 55 reactors. This is a priority in Japan, since they have little or no internal sources of fuel.

Anyone interested in the field of technology might already know that technology giants Canon, Fujitsu, Hitachi, Panasonic, Sony, Epson, Sharp, NEC, and Toshiba are based in Japan. Moreover, automotive giants like Mazda, Nissan, Toyota, Honda, Toyota, Subaru, and Mitsubishi are also centred in Japan.

Whilst communicating with any one of the 130 billion Japanese speakers in the world, there are a number of considerations that should be made by any Japanese to English language translator. There are three different scripts used in the Japanese language: kanji (which uses Chinese characters), katakana, and hiragana (which uses modified Chinese characters). Today, Japanese to English language translators also commonly see the use of the Latin alphabet and Arabic numerals. Both the Chinese and English languages have contributed to the formation of the Japanese language.

Whilst translating Japanese into English, it’s important that the language translator you choose understands that the Japanese language’s tone is rooted in respect and courtesy. In order for Japanese clients to feel that their language translation has been successful, not only do the grammar, punctuation, and words need to be accurate, but that tone of respectfulness must be maintained.

For more on how Network Languages can fill your Japanese to English language translation needs, call (+44) 1344 870700 or tell us about your requirements in an email.