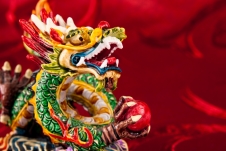 Whilst searching for a Chinese translator, you might wonder, what are some of the most important elements I should look for in a quality Chinese translation? We’re so glad you’ve asked as there’s a few things you need to know before you proceed.

The different forms of Chinese and where they are used is often a source of confusion to people when first confronted by the Chinese language. We at Network Languages hope that our brief explanation will be of some practical use to you.

The spoken variants of Chinese are merely dialects and of these there are two, which predominate: – Mandarin, used in mainland China and Taiwan, and Cantonese, used in almost all overseas Chinese territories.

The main source of confusion however arises from the fact that, not only are there various spoken dialects but there are also two writing systems – Simplified and Traditional.

Mandarin is the official dialect of the People’s Republic of China (PRC), based on the speech of educated people in Northern China. Now called Putonghua (common speech), it is taught throughout the country and is understood and used (when necessary) by most educated people in towns and cities alongside dialects and minority languages. The accents used, even by native Mandarin speakers, vary widely and problems of comprehension can arise. However, because broadcasting is now widespread, people travel more and are better educated, the use of and standard if Mandarin are increasing and will continue to do so.

Mandarin is essentially a standardised form of the vernacular language. It replaced the old, official Mandarin (Guanhua), which was a perpetuation of classical Chinese. The latter was only understood a small educated elite and was used by civil servants and some of the literati. The use of “Mandarin” to describe the modern official language is confusing but well established, although it is also called Modern Standard Chinese outside of China. It exists both as a spoken and written language, although the written language has two forms, Traditional and Simplified. These written forms are used almost universally throughout China and Chinese communities for all communications – business, technical, literary and legal.

Mandarin is also the official language of Taiwan where it is known as Guoyu (national language), is

2)       One simple character was used to replace   three or four Traditional characters.

By doing this some 13,500 Traditional characters were replaced by around 7,000 Simplified characters.

When the PRC was recognised by the United Nations in 1971, Simplified Chinese became the official language used there. In addition, Singapore made it the official Chinese language of the State. Elsewhere in the Chinese world, Traditional still tends to be the norm.

Romanisation – the system of Romanisation introduced into the PRC during the 1950’s is called Pinyin. Originally it was hoped that this would be the first step on the way to superseding Chinese characters, but this aim has virtually been abandoned. It is now widely used in Western countries as a common standard for Romanising Chinese names. Before this, the most widespread system in the English-speaking world was the Wade-Giles system, and this is frequently used in the USA, although Pinyin is now making its mark there. Wade-Giles is normally used for the Romanisation of Taiwanese names.

Taught in schools and is widely understood. It is now used by many overseas Chinese, especially in Singapore where it is an official language and is used in schools and for Chinese language broadcasting. Since 1997, Citizens of Hong Kong see the importance for trade with China, are now also turning increasingly to Mandarin.

The other principal dialects (Cantonese, Hakka, Hokkien and Shanhainese) are used mainly in areas of southern China and by overseas Chinese. Cantonese is spoken in Guangdong province, Hong Kong, Singapore, Malaysia and Taiwan (where it is also known as Taiwanese, albeit with a few variations). Those who understand only Mandarin can rarely grasp what speakers of the other dialects mean. Modern Cantonese, for example, uses words, which are no longer, used in Mandarin. However, where written Chinese is concerned, Mandarin is the norm, even among dialect speakers.

The written language has been very consistent since the Qin dynasty (221 – 207 BC), with the only important development being the introduction of simplified characters in the PRC and Singapore during the late 1950’s.

Traditional Chinese (also known as Complex or Long Form Chinese), as indicated by its name, is the traditional and more complex form of the written language and is used by Chinese communities outside mainland China, with the exception of Singapore. Traditional users tend to be proud of it and often consider it to be a more sophisticated form of Chinese. It is partly for this reason that the Taiwanese refuse to use the Simplified form – another is that as claimants to being the true rulers of China, they could not validate a system sanctioned by mainland China.

Simplified Chinese (also known as Modern or Short Form Chinese) was developed from the Traditional form with the aim of increasing the level of literacy throughout the PRC. The use of the more complex Traditional form was limiting and it was understood and used by only about half the population. Simplified Chinese was developed by two main methods.

(1)  There is currently no official indication that Hong Kong will adopt Simplified characters as its writing system following the reversion to China back in 1997.