What Languages are Spoken in Canada? 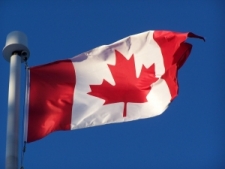 Canada is one of the largest countries in the world in regards to land mass and with that being said, there is a lot of room for different residents.

Canada is also renowned for the amount of immigrants that enter the country on a yearly basis.  With that being said, there are many different languages that are spoken throughout the entirety of Canada, aside from the two official languages.  As per recent census information, there are over 200 different languages fluently spoken in Canada.

Every country in the world has official languages that are spoken amongst the population.  These languages are generally what are fluently spoken by all residents.  In Canada the two official languages are English and French.  Whether you are taking a flight out of the country or if you are taking a citizenship examination, it is advised that every resident learns either English or French prior to becoming a permanent resident of Canada.

One of the questions on the annual census form pertains to what language(s) are spoken at home by Canadian residents.  As per recent census data, over 33.5 million residents speak over 200 languages at home.  The majority of families that speak a different language from English refer to this language as their mother tongue.  6.8 million people concluded that they have a mother tongue that is different from English or French.  Alongside this, 6.2% of Canadians stated that they ONLY speak a language other than English or French at home.

The Different Languages of Canada