What are the Most Spoken Languages in the UK? 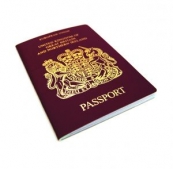 Language is something that is always changing and progressing, which is why the English language that we speak now is different to what our ancestors would have spoken even as little as 100 years ago.

However, as much as language is fluid and changes you would still expect English to be the most popular language spoken in the UK. Although technically English is the most spoken language throughout the UK you might be surprised at some of the other findings that recent surveys and even the latest census shows.

Languages Spoken in England and Wales

For example did you know that as many as 40% of people who live in England would not class English as their mother tongue? Yes, they speak it so it is a language that is still popular but it is not their main language – instead you have languages such as Polish which is the main language of over half a million people living in England and Wales.   According to the 2011 census there are as many as 100 different languages spoken across the UK, although of course some of these are much more popular than others – with Polish being the second most popular after English.

Coming third after Polish is Punjabi which according to the last census is spoken by 273,000 people across England and Wales with Urdu just behind with 269,000 speakers.

Of course even when you look at the English language as a whole there are different variations and local dialects, which means that people all speak their own versions of it. However, of course English as a whole is still the most widely spoken language across the UK and there are no signs of it stopping.

As we progress and change we will probably see more residents in the UK that do not speak English as their first language. However even those that speak Polish or Punjabi and their main language will still speak a level of English and therefore be classed as English speakers.