What are the Differences Between Cantonese and Mandarin? 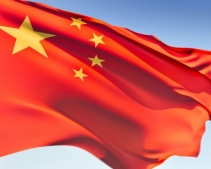 If someone is known to speak Cantonese then they’re often asked how it differs between Mandarin and vice versa. A lot of people try to use Indo-European languages as a way to explain how Mandarin and Cantonese are different, but sort of the same.

However, this way of looking at things is slightly wrong and often leads to a misunderstanding of the two languages. If you are going to compare it to any European languages then compare it to French and Italian, they share a lot of syntax but they still have a very different phonetic structure.

It is often debated as to which language is the easiest to learn. Actually, if someone wants to learn any sort of new language, any sort of Chinese is probably the easiest to learn. Chinese has quite a literal meaning to its syllables, which is why it is often easy for people to pick up. They don’t have an alphabet which means that they can take longer to learn, but once you understand the logic behind the language it makes a lot more sense.

Between Mandarin and Cantonese, Cantonese is probably the easiest to learn because there is great variation between phonemes, whereas in Mandarin the differences are much smaller, which means that they can easily be confused.

The two languages might be quite easily linked, but there are many grammatical differences that need to be understood. Cantonese adopts many Mandarin expressions as part of its formal language which can make it easier to learn the two. Although there are also many expressions in Cantonese that do not exist at all in Mandarin.

Of course this is only looking at the formal and written versions of both languages, when you start to look at slang words and local dialects you’ll find that things change once again. In both languages there are often preserved dialects that are used to get across the same point. Even if they are slightly different in each language they don’t mean different things, just used differently due to different dialects. However, that is nothing out of the ordinary, every language has local dialects, slang words and different groups of people using a language slightly differently to suit them.

That said, they both are different languages and even if there are similarities you can’t assume that if someone speaks one they speak the other – you would have to learn both languages separately for that to be the case.