The Similarities Between Portuguese and Spanish 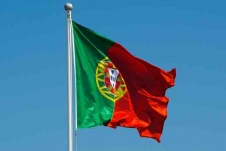 To put it simply, languages are fascinating.  Two different languages can be so closely related that they look and feel the same, but will sound and mean completely different things.

This is because every language is based on the culture and people from which it originates.  A by-product of people needed to express the world around them in words, two very similar languages can end up a world apart.  This is the case when it comes to Portuguese and Spanish.

To help clear up this confusion, let’s take a quick moment to review some of the similarities between Portuguese and Spanish.

The greatest similarity Portuguese and Spanish have in common is a relationship so close that there is mutual intelligibility.  This means that without prior research and study, members of the individual groups can understand one another well enough to convey important meaning.  This is in part because both languages are a part of the West Iberian Romance family, leading to many of the same grammatical structures native speakers take for granted.  Though less mutually intelligible, there are more languages that fall into this family as well.  While many parts of Portuguese and Spanish remain the same, the biggest difference between the two is pronunciation.

The cardinal numbers are very similar between Portuguese and Spanish.  This makes it pretty easy for people from either language to read cardinal numbers.  The one downside however is that the number one and two are different between the languages, effecting the masculine singular indefinite articles as well as several others.

Portuguese and Spanish are both romance languages, which make being able to identify them easier for speakers of one language or the other.  The challenge is that many similarities between Portuguese and Spanish are slowly breaking apart.  This is due to cultural influence as well as vernacular usage.  As both cultures continue to grow and evolve on their own, differences between the languages will continue to grow.  A language never stands still.  Rather, it is always changing, growing, and sometimes dying.