The Similarities Between Chinese and Japanese 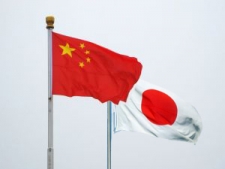 Chinese and Japanese are two of the most sophisticated dialects in the world and with that being said, they can be incredibly difficult to learn and understand.

With their ample amount of characters and how they are written, there are a variety of similarities between Chinese and Japanese.  The similarities can make it difficult for beginners to differentiate between the two languages.

Much like other languages, Chinese and Japanese have far more differences than similarities.  Although the Japanese mostly use Chinese kanji to describe common words, they can be pronounced differently and used differently in sentences.  With that being said, it is far simpler to distinguish the two languages based on their differences.

In comparison to the Chinese language, the Japanese use an honorific system when you are speaking to an individual that is of greater, equal, or less power than yourself.  In the event of you having a conversation with another person, you will have to determine whether they are superior to you or not.  As an example, if you’re speaking with your boss you would have to use an entirely different group of words in comparison to if you were speaking to your sibling.

The Tonal Aspects of Chinese

Chinese is commonly referred to as a tonal language.  This means that the pronunciation of a word will determine what its meaning is.  There are 5 different inflections (also known as tones) that can change the meaning of a word.  As an example, if you read “ma”, depending on how you pronounce it, it will have 5 different meanings.  In the Japanese language, there are no tonal differences.

Chinese and Japanese are two distinct languages that are difficult to learn and to understand.  With the appropriate amount of schooling, individuals can learn about the differences associated with both languages.  In terms of similarities, the use of kanji symbols are what make the two languages alike.