The importance of good Arabic translation 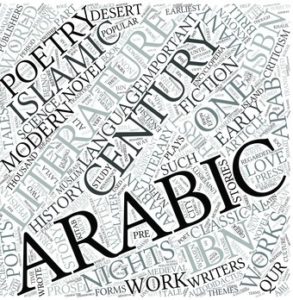 It is the official language of some 26 countries, including Jordan, Israel, Saudi Arabia and the Sudan. Arabic is the language of the central religious text of Islam, The Quran, and is thus used by the vast majority of the world’s Muslims.

In a nutshell, Arabic is one of the world’s most important languages, and good translations from and into Arabic are essential tools for many businesses – from NGOs to Western conglomerates. Arabic is not an easy language to work with, however: it comprises many varieties and idiosyncrasies that must be mastered in order to provide an accurate and correct translation.

Along with Hebrew and Aramaic, Arabic is a Central Semitic language. Apart from the many different regional varieties of Arabic spoken across North Africa and the Middle East, Arabic can be written in two forms: Classical Arabic and Modern Standard Arabic. Modern Standard Arabic, also called Literary Arabic, is the official form of the language, and the one used in most written documents, for formal spoken occasions (including lectures, news broadcasts, and so on): while Classical Arabic is today used almost exclusively for religious works. It is the liturgical language of Islam.

A linguist works in the form most appropriate to the nature of the document, i.e. marketing or business-related documents would be translated in Modern Standard Arabic.

The biggest and most immediate difference to anyone used to Western languages is that Arabic is written from right to left. In addition, it is cursive, in both handwriting and print, which can lead to issues arising with formatting, especially with page numbering, images, etc. This means that it is essential that Arabic desktop publishing is also performed by a native-speaking professional.

In addition to their linguistic expertise, Arabic translators must also be experts in their subject matter, be it engineering, law, politics, medicine or international development. They must attend to even the smallest details, as the Arabic script employs a number of symbols which emphasize different sounds, which are combined with letters to convey the intended meaning.

Employing specialist Arabic Translation Services is essential in many different fields: if you’re a development NGO working in Egypt, Syria or Libya, for example, these will ensure you start negotiations with the local community on the right foot. For a Western multinational firm entering Saudi Arabia, Qatar or any other major Arab market, professional Arabic marketing materials show your commitment and engagement.

International organizations such as the UN or the International Criminal Court continuously require the translation of thousands of pages of reports from Arabic to English and vice versa, which must be kept consistent and accurate: to this end, it is vital that the translators they use are accredited with UKAS or similar for their Language Translation Excellence.

Because the Arabic and English languages differ so vastly and you’ll need a professionally qualified Arabic translator to communicate your message accurately and effectively. Find out what we can do for you. Call (+44) 1344 870700 or email Network Languages’ language translation specialists.