Sprachbund: How Scandinavian languages are linked 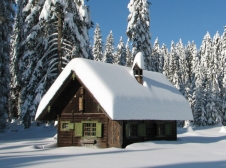 If you trace back the history of languages in Europe then you’ll find that most of them belong to the Indo-European.

This means that with the exception of Basque, Turkish, Finnish and Estonian most European languages can be linked together.

When you start to look into these Indo-European languages even further you’ll see that there are subfamilies within this, with languages that are even more closely related. For example the Germanic family of languages. Within this you have two main branches – one which includes English, Dutch and German and another which is made up of all Scandinavian languages except for Finnish and the language for Sami. You can trace these back to one ancestor – Common Scandinavian which can be traced back as far as the middle of the sixth century C.E.

The division of Common Scandinavian can be linked back to around 800 C.E, although it is thought that the split and the differences were quite minor. It is around 200 years later that we start to see much more major changes and differences between the two dialects.

Both dialects continued to change and adapt right up until the 16th century, when we started to see the Scandinavian we speak now form. Icelandic, Danish and Swedish can all be traced back to then, with a version that isn’t too far removed from the modern versions that we speak today. You can compare to this Shakespeare and modern English, they are different but not totally unrecognisable.

If you look up the history of these languages you’ll see many common factors throughout time. When you look at how Scandinavian languages are linked, it is easy to see how they are so closely linked, because they originally come from the same place. Although there are different Scandinavian languages with their own versions, they can all be traced back to the same source which is why so many words seem so similar.