Interesting Facts about the Zapotec Language 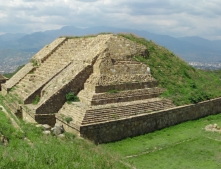 A spoken language is what some people say is the only thing that separates man from the animals.

Whether or not this is true, language is an important part of our lives.  Having a language defines who a person is, what that persons culture is, and how they interact with others. Those who speak the Zapotec languages would define themselves as a person who is from Mexico, since that is where the language is native to.  Specifically, to the Oaxaca, Veracruz, Guerrero, and Puebla areas and it is normally spoken by those who identify with the Zapotecs ethnicity.

The language is spoken by roughly 450,000 people in this area, and other areas that the language has travelled through labour migration, including California and New Jersey.  The language is closely related to the Indigenous Mesoamerican languages that make up the Oto-Manguean language family. One unique thing about this language, is the speakers tend to be bilingual. The speakers of Zapotec are also highly skilled in Spanish, and can speak in both languages fluently.

This language is a very old language that can be traced back to the Mesoamerican Linguistic area.  The language changed and developed as the people communicated and interacted with each other in the area.  This gives the Zapotec languages some characteristics from other languages that wouldn’t have been there without this interaction.

A very interesting thing about the language is that it is similar to the romance languages because it is a very extensive, close-knit language.  Because of this, and the additions and change to some Zapotec speakers, there are groups of Zapotec speakers who can’t understand a different group.  There have been so many different dialectal changes to those who speak the language that it’s made it hard communicate group to group.  Some of this variation is because of geographical arrangement and some is because of mixing of other languages.