Interesting Facts about the Swedish Language 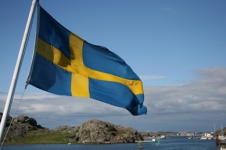 Swedish is a language that has been uniquely preserved and fluently spoken throughout the country of Sweden and due to the diligence of the residents and government, it has developed into a common language.

Sweden’s language has a unique history dating back to King Gustav Vasa in the 15th century.

The Old Norse civilizations were split into 2 different groups during the 9th century, the Old West and Old East Norse.  The languages of Norway and Iceland were derived from the Old West Norse whereas in Sweden and Denmark, the languages were derived from Old East Norse.  These languages did not entirely develop until the 12th century when they became different from one another.  In terms of the written language, all of the Scandinavian languages were written congruently with the runic alphabet created by the Old Norse until the 13th century.  During the 14th and 15th centuries, Swedish became its own distinct written language.

Medieval Writings and the Swedish Language

As linguists began to study the Swedish language, they determined that there were dozens of ballads said to be written between the 14th and 15th centuries that grasped the concept of romantic genres and were written entirely in Swedish.  The majority of these ballads had some very interesting concepts such as courting, love, chivalry, and pagan themes.  They were also comprised of other events that were unique to different areas of Sweden.

In the world there are approximately 8 million people who fluently speak Swedish.  The language itself is the official language of Sweden and is also known as one of the official languages in Finland.  The Swedish language that is spoken today was derived from the different dialects that were created during the 19th century.  With that being said, there are other areas of Sweden that do have their own specific dialects, although the use of these have declined over the years.  There are also a variety of schools in other areas of the world such as North American countries that offer classes to teach residents how to speak Swedish.