Interesting Facts about the Shawiya Language 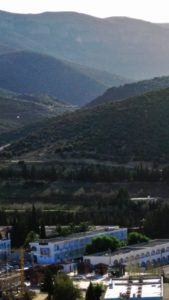 Language is one of the most important things that we have in our life. Each language defines who we are, how we deal with things and how a culture views itself. Language changes from culture to culture, but each language has its own unique facts and nuances.

For the Shawiya Language it stands apart because of its uniqueness. The language is spoken by the Shawiya people of the Aueres Mountains of East Algeria and some of the surrounding areas. The people who speak the language call their language Numidian Berber, Tacawit. While this isn’t the main language of the area, it is spoken by around 1.4 to 3 million people worldwide and is heavily influenced by the French language, because of the cultural influences in the area.

An interesting fact about this language is that it’s a verbal language. It is also interesting because until recently, the Shawiya language was not written down – it wasn’t even taught in the school systems. The language has mostly been used in the secluded and rural area of the region, but the Shawiya language is gaining ground with cultural and media prominence because of the Berber cultural and political movements in Algeria. This is what has had the language introduced into the school system.

Because of the movements of the culture, the Shawiya language is gaining ground. It has many of the characteristics of Algerian Arabri, French and English, and has been influenced by those in recent years, since those languages are predominate in the area. It isn’t uncommon for Shawiya speakers to go from language to language in a conversation.

Language is a special thing, each culture makes it its own, like an identity all to itself. Each language is unique and defining of what a culture is. These facts about the Shawiya language show how it’s special and unique. If you require Shawiya language translation or interpreting services, be sure to get in touch with Network Languages today. We provide a variety of different services to fulfil business and personal translation needs.