Interesting Facts About the Kurdish Language 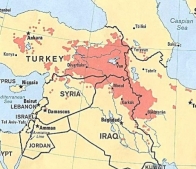 Kurdish language is a group of many different languages that are spoken predominantly in the Middle East. Learning more about this language will allow you to become more familiar with Kurdish history and its ties to the Middle East.

This language is spoken by the Kurds, who make up the fourth biggest ethnic group in the Middle East. Most of the Kurdish speaking people actually reside within Turkey and make up less than 20 percent of the Turkish population. The Kurdish language is still a bit of a mystery to most historians, but it is believed that it first arrived during the Medieval Era from those people within tribes.

The first known Kurdish speaking ruler was Saladin and he ruled over Egypt and Syria. It is this ruler that is credited for starting the Ayyubid Dynasty. This ruler not only spoke the Kurdish language, but he was also known as a great warrior and led a heroic life that was commemorated with Kurdish poems and writings. Another Kurdish person of prominence was Sharaf Khan Bidlisi and he was known most for his Kurdish poetry and writings on philosophy.

What Locations Speak the Kurdish Language?

The Kurdish language is not just popular in Iraq. It is also spoken in Turkey and Syria. However, it is very closely linked to Iraq and has become the official language for a reason. Kurdish speaking people have taken very prominent places in government positions all throughout the Kurdistan region in the Middle East.