Interesting Facts about the Korean Language 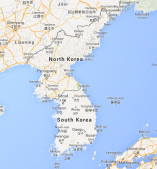 When you look up any facts about the Korean language it can easily get confusing because they have a habit of changing the spelling and translation of words.

For example in the past few years they have changed how to spell no, and it is now back to how it was originally spelt some years before that.

The history of Korean isn’t clear and there are many different theories about how it could have originated. Many people believe that it is a language isolate whereas other people believe it is linked to the Uralo-Altaci group of languages (which includes Mongolian, Hungarian and Finnish).

The Korean alphabet (known has Hanguel) can be dated right back to the 15th century. It was ordered to be created by King Sejong and made by Chinese ideographs. Sadly these weren’t attuned to the pronunciation and grammar of Korean, so it was a little confusing!

You might not know anyone that speaks Korean but actually it has 74 million people who speak it. You’ll find 26 million in North Korea and 48 million in South Korea. On top of that 5.3 million people in the United States and millions of people in China speak it – of course there are also other speakers in countries such as Japan and the former Soviet Union. This makes it the 11th most popular spoken language in the world.

When you look at learning the language one of the first things you will probably notice is that there are no definite or indefinite articles, grammatical numbers or gender distinctions. There are also second speech levels in Korean. These all have their own sets of verb endings which are used depending on how formal the situation is that you are speaking in.

Many words in the Korean language have a Chinese origin however they have a different grammar set-up. It is actually most grammatically similar to Japanese but it is spoken very differently. Sounds confusing doesn’t it? The alphabet itself has 24 letters made up of 10 vowels and 14 consonants.

What can also make things confusing is that they have two counting systems. The native system only goes up to 99 and is used for ages, hours on a clock and counting objects’ The other (Sino-Korean) is used for numbers above 99, dates, distances, currency and minutes on a clock.