Interesting Facts about the Japanese Language 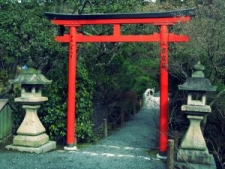 However thanks to the sheer number of people that live in Japan, it is one of the most popular languages in the world.

Japanese is one of those languages that we actually know very little about, especially when it comes to the history of it. There have been Chinese documents that date back as far as the 3rd century which recorded a few Japanese words but only very few. It isn’t until the 8th century that we actually start to see substantial amounts of written Japanese text. It is thought that during the Heian period (794-1185) the Chinese had quite an influence on the Old Japanese language. If you look at Late Middle Japanese (1185-1600) then this is when you will most see the changes in the language that brings it nearer to the modern day language we are used to seeing.

There are 127 million people in Japan, of which Japanese is the official and main language. However it is also spoken in a number of other countries including Korea, Taiwan and parts of China. What you might not know is that Japanese is the second most commonly spoken language in Brazil.

Japanese can be a great language to learn, especially if you want a high-end language to add to your CV. However it is also considered one of the most complicated written languages to learn. You probably already know that Japanese has its own alphabet, which is possibly what makes it such a difficult language to get to grips with. However on top of that, the language also has:

– No gender of nouns
– No articles (a, the)
– No verb conjugation
– Numbers are not important and don’t really exist
– There are only11 consonants and 5 vowels
– The language also only has 48 sounds.

The written language itself is written in 3 different alphabets – Hiragana, Katakana and Kanji.

As there are so many versions of Japanese, especially when you look at the written language it can make it a little complicated to learn. However, lots of the Japanese language versions are similar to each other so if you can get to grips with one version then the chances are you’ll be able to understand elements of the others.