Interesting Facts about the Greenlandic Language 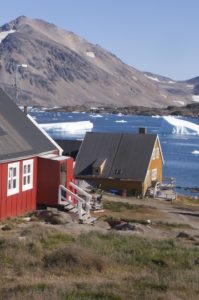 Each and every culture that is known to man has a language.  It is the one of the most important parts of a cultural identity.  When it comes to the Greenlandic Inuit peoples in Greenland, they speak a language that identifies them as Inuit.

A very unique and amazing thing about the Greenlandic language is that it is polysynthetic.  This means that words can be the length of a sentence, but only mean one thing.  The word is composed of morphemes, word parts that have an independent meaning.  Those who speak the language, can string root and suffixes together.

The culture has nouns that inflect the possession and verbs for the moods and number of people.  Both the nouns and verbs have complex morphology derivation.  These things are special but also causes some problems since the language is known for having grammatical system that is not strong or really a system at all.

However, a really neat thing about the Greenlandic Language is that when a new concept or technology emerges they will create a new word for it.  Yes, this happens in all languages, but with the Inuit peoples, they will take from the Greenlandic roots but then twist it with more modern languages such as English or Danish to create something special.

Greenlandic language was written in Latin script when the Danish colonisation started in the 1700s.  Samuel Kleinschmidt created the first orthography in 1851. However, the language had already been influence and changed from the original, by the time Kleinschmidt created it.  The language had lived well before this though.  It was brought to Greenland in the 1200s when the Thule culture arrived in Greenland.

The first dictionary for the language was written in 1750 by missionary Paul Egede, after the Danish had come to Greenland.  Once the Danish arrived, the Inuit people had their language being pushed out.  Many wanted the language to be that of Danish because of the orthography and political venues.