Interesting Facts about the German Language 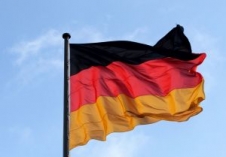 If you include second language speakers, the total number of German speakers rises to approximately 200 million.

With Deutsch such a popular language, let’s take a look at the history of the German language to see how it developed. This article is not an in-depth piece – we aim to present some interesting facts to you that’ll help you better understand the Deutsch language.

The first Germanic languages departed from other Indo-European languages during the First Germanic Sound Shift, better known as Grimm’s Law, which is estimated to have happened around 1000 BC. The Deutsch language now spoken by over 100 million as a first language derives from other Germanic languages, including Dutch, Scandinavian, and English, and this was created by a shift called the Second Germanic Sound Shift. West Germanic is thought to have branched off at the turn of the first century AD.

Grimm’s Law and the Second Germanic Sound Shift affected stop consonants, as such:

There are five languages which are similar to German in their vocabulary – Luxembourgish, Yiddish, Dutch, the Frisian languages and English. During the Austrian Empire (Habsburg Empire 1526 – 1804), German was the language of commerce and Government, and the language spoken by townspeople until the mid-19th century.

In Switzerland, the German language was standardised in 1901 at the 2nd Orthographical Conference.