Interesting Facts about the Danish Language 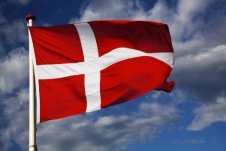 You might not realise it, but as languages go the Danish language is a pretty interesting one.

Although when you look at how long the language has been around it might be obvious that a language with this much history would have some interesting facts behind it. So, when it comes to the Danish language, what do you really need to know?

The Danish language can be dated right back to the Viking times. With Danish Vikings being around from 800BC to 1,000AD and being traced right through Scandinavia, Germany, France, the UK, Ireland and most of Europe it is no surprise that the language is such a widely spoken one today.

The language itself is a descendent of Old Norse which is why it seems similar to other languages such as Faroese, Icelandic, Norwegian and Swedish.

At the moment it is estimated that around 6 million people speak Danish today. Whilst most of these are (unsurprisingly) in Denmark you’ll also find Danish speakers in Faroes, parts of Germany, Iceland, Greenland, Norway, Canada, Argentina, Sweden and the US.

Denmark actually has 1,400 islands under its name, with 400 of them named. Although some of these have their own independence with their governments, they all speak Danish which is how the  number of speakers of Danish today is so vast.

It might not be linked to the language but there have been a number of studies that show Denmark is one of the happiest places in the world to live. Perhaps it is time for the rest of the world to take a little from the Danish culture and follow suit!

There are a number of well known Danish authors and even stories by Hans Christian Anderson were originally written in Danish and then translated.

So there you have it, some interesting facts and figures all round the Danish language. All that’s left to say now is ‘farvel’, which if you’re a Danish speaker you’ll know means ‘goodbye’.