Interesting Facts about the Catalonia Languages 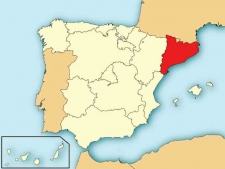 Catalonian languages are incredibly popular throughout the majority of areas in Spain.

Catalan is the primary language of Catalonia and it is classified under the Romance language category as with many different languages in Europe.  It has a variety of unique factors as it was developed in the area of Catalonia which borders the North of Spain and France.

As previously mentioned, this particular language is incredibly popular throughout various areas of Spain. It is the primary language of Andorra and it is one of the official languages in the Balearic Islands and within Valencian populations.  Sardinia, the Italian Island has a city named Alghero which is also known to speak Catalan.

The Evolution of Catalan

Much like the majority of other languages in the world, Catalan was derived from Latin during the 9th century.  It was the common language of the Aragon Crown during the Middle Ages and it was widely distributed and spoken throughout the Mediterranean during this time.  When Aragon was united with other areas of Spain in 1479, the language began to be spoken and written less and less.  Catalan eventually became banned in both Northern Catalonia and France during 1659 when Spain gave the north of Catalonia to France.

The language then began to pick up again during the 19th century and it continued to grow to a size where it was recognized as the language of the Second Spanish Republic.  Unfortunately it was banned between 1939 and 1975 due to the Francoist dictatorship.

In comparison to other languages that are within the Romance category, the Catalonia languages have a certain sense of uniformity.  They are divided into only 2 separate categories: Western and Eastern and the main difference between the two is how they are pronounced.  There are different areas of Spain that speak the Catalan language but refer to it as a different name.  As an example, the Valencian communities speak Catalan but they refer to it as Valencian.

There are many differences in terms of grammar, pronunciation, and vocabulary when you compare Catalan to other Romance languages such as Ibero-Romance and Gallo-Romance and these differences are very noticeable in both verbal and written communication.

Catalan has developed over the years and become one of the most popular languages in areas of Spain, aside from Spanish.  With its rich history and continual development, it is quite interesting.