Interesting Facts About The Burmese Language 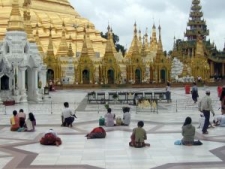 The Burmese language, also known as Myanmar language or myanma bhasa, is the official language of Myanmar.

Burma or Republic of the Union of Myanmar is a Southeast Asian country surrounded by India and Bangladesh to its west, China and Laos to its east, Thailand and Bay of Bengal to its south. Burmese is spoken by the Burmese people, various ethnic groups of the country around the world and in some parts of Southeast Asia including Thailand, Malaysia and Singapore.

Here are some interesting facts about the Burmese language.