Interesting Facts About the Aramaic Language 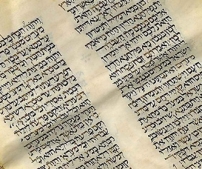 Aramaic is a language that is connected to the Semitic family. This means that more than one language is linked to Aramaic. The languages that are most closely related include Hebrew and Phoenician.

The Aramaic script is what was widely used by other languages and adopted over time and it is likely this is what was used to create the modern Arabic and Hebrew alphabets that were popularised. Taking a closer look at the Aramaic language will give you a newfound appreciation for this dialect that is rooted in history and significance.

Language of Empires and Spirituality

The popularity of this language is what led to the diversity and widespread use that ultimately yielded many different variations. Many of these variation of Aramaic are not different enough to be classified as a new language, but some are. Modern Aramaic is still spoken today by some living in Jewish, Christian or Mandean groups nearby West Asia. However, it is nowhere near as popular as it once was and the creation of separate languages is what has caused Aramaic to be slightly endangered. No matter what the fate of this language is over time, it will still have a deep history and has a claim to fame as the language that Jesus likely used. Language shifts throughout the Middle East are common and likely paved the way for the end of the Aramaic language over time.