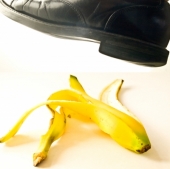 You might not realise it, but language translation is very much a fine art. There are different websites and pieces of software that can literally translate words but that doesn’t always work out quite as well.

When you are speaking a language different words can have different meanings depending on the way they are spoken or the sentence that has been formed. Of course over the years, translation has cause some comedic blunders which are always worth looking back on.

Back in 2001 Honda launched a range of cars to its Nordic audiences. The range of cars firstly launched as ‘Fitta’ which might mean nothing to you, but actually in both Norwegian and Swedish it is the way that a woman’s genitals are described. As soon as Honda realised their error the range of cars were renamed to ‘Honda Jazz’, which is of course, much less offensive.

You might be familiar with the brand Gerber, which is actually one of America’s best known baby food maker products. As catchy as this sounds, the word ‘gerber’ can be translated as ‘to vomit’ in French. With this fact in mind it will be no surprise that the product was given a very different product name when marketed to the French market.

When an international company such as Sharwoods spends £6 million on a campaign you would expect them to have checked and double check that it is a campaign that is going to work. However when they launched a range of ‘Bundh’ sauces they immediately received a number of complains because the word ‘bundh’ sounds just like arse in Punjabi.

If you have travelled to Italy then you might be aware of the popular mineral water brand ‘Traficante’. Although it is very popular in Italy it has never been marketed in Spain, because in Spanish the name translates to ‘drug dealer’.

Another international brand you would expect to get it right is Colgate. The toothpaste brand is known throughout much of the world however in the voseo form of Argentinean Spanish the brand name actually translates to ‘hang yourself’, so the toothpaste might not be as popular with people who speak this language.

Of course in the grand scheme of things these language blunders are quite uncommon but it can still be fun to look back at just how funny language translation can be if not done correctly.