5 Examples of Why You Need Professional Language Translation 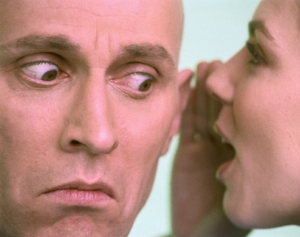 If you have come up with a catchy advertising slogan, it can be easy to assume that this can be used globally. After all, you’re going to be targeting the same audience, so why shouldn’t your advert work across the board?

What this method doesn’t take into account is local dialect, slang and even words that could be offensive in one language but not in another. Sadly not everyone realises this and there are many advertising campaigns that have fallen by the wayside of their customers, by not checking that their advert translates well into other languages.

Electrolux are a massive brand, so you would assume that they would easily be able to advertise globally. However, that doesn’t seem to be the case. The Swedish vacuum maker once had a slogan that said “Nothing sucks like an Electrolux”. Perhaps they didn’t quite realise the cheeky meaning of this in other languages, although the advert was quickly amended.

Another global company you would expect to get it right is Clairol. They had a popular curling iron, catchingly called “Mist Stick”. All was going well until they took their product to Germany, where ‘mist’ is known as slang for manure.

You would think Pepsi’s slogan “Come Alive with a Pepsi Generation” is catchy enough. However, when they translated this to be used in their Chinese advertising campaign and it came back as “Pepsi brings your ancestors back from the grave” the product didn’t seem to go down as well, surprising really!

You have probably heard of the  “Got Milk” campaign, which was successful all over the world. However, when the Dairy Association tried to expand the campaign to Mexico the slogan translated as “are you lactating?”, which didn’t prove nearly as popular.

You might think that Kentucky Fried Chicken is finger licking good, but when it was first launched in Beijing in 1987, the slogan translated as “We’ll eat your fingers off”.

These examples can be found by the bucket-load. They’re all prime examples of why you need to take language translation seriously. The truth is that often there isn’t a word for word translation, so you need to be careful when you want to translate literal sayings because, as you can see from the above, it doesn’t always work out as it should.